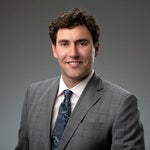 Louis Fidel is a 2007 graduate from the  University of Arizona, James E. Rogers College of Law.  He earned his bachelors degree at Dartmouth College in 2003.  After graduating from law school, Mr. Fidel joined the Pima County Public Defender's office, where he represented indigent defendants charged with felony criminal violations. In 2012, he joined the firm as an experienced associate attorney and became a shareholder in 2016.

Mr. Fidel is an experienced, accomplished attorney who has represented individuals accused of all matters of criminal offenses. Mr. Fidel has also represented numerous law enforcement officers of administrative disciplinary violations. His skills and knowledge have proven highly effective in representing individuals who are under government investigations. Many times his representation during the early stages of investigation has resulted in the avoidance of criminal charges altogether.

Louis Fidel is a proud native Arizonan and enjoys spending time with his family, hiking, biking, and working outdoors.

Thank you for contacting us. We will get back to you shortly.

Please complete all required fields below.